In late April 2015, Famitsu announced a new Girlfriend Beta product created by Bandai Namco for the Playstation Vita, titled "Girlfriend (Kari) - Kimi to Sugosu Natsuyasumi" (ガールフレンド(仮)きみと過ごす夏休み), which translates to Girlfriend BETA: Summer Vacation Spent with You. The love adventure game is expected to be released on November 19th, 2015. You can find the official site for the game here.

The game features an original story which takes place at Kiyoshi Sakura Academy, a high school which appears to be different from the one portrayed in the Anime and smartphone card game. The protagonist will be able to visit various locations in order to participate in club activities, talk with some of the girls, and lots more. Throughout this summer vacation, you'll be able to meet the eight girls in the game and deepen your relationship with them, all while enjoying various original events such as the standard summer festival! 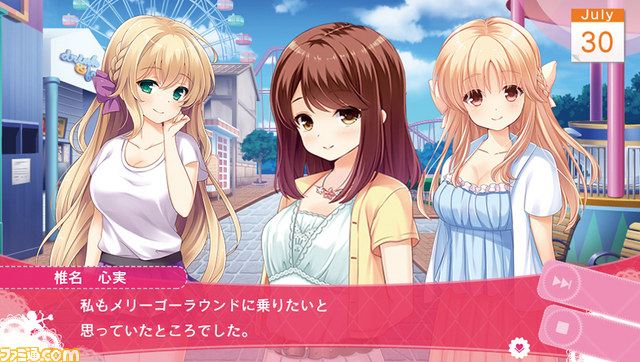 A look at the gameplay for the PS Vita game.

Get ready for beach scenes, yukata scenes, and more.

The game is animated through "Live 2D" technology, giving the sprites of the girls simple and light animation that flows together pretty well for a visual novel. The animation system is similar to that of Nekopara and other VNs with animated sprites - it's nothing too special, but it's a pretty nice addition. Check out the official PV below for more examples!

The game will also be in full 360 degree audio! Get your headphones and surround systems ready!

The part below is speculation, not necessarily confirmed or accurate.

The game seems to function as a regular visual novel, where the player mostly reads through many lines of dialogue paired with character sprites or CG images, but gets to make some decisions about how the story will end. In this case, the game allows you to play through every day of summer vacation, and gives you multiple areas to visit every day. However, you're only able to visit a few locations, so make sure to visit the girls you like most! 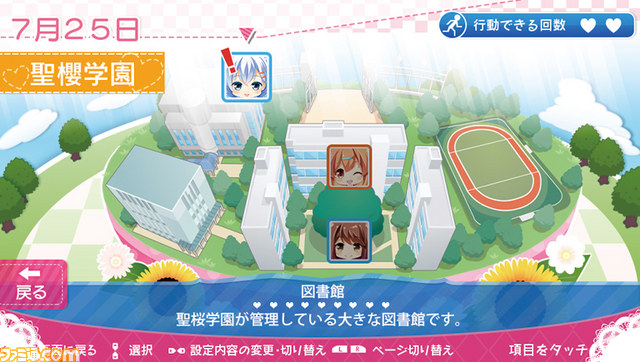 It seems like you can select what you want to do every day.

As of the new PV released on August 27th, there's more to the game than being just a simple point-and-choose which girl you want to talk to. There seem to be events similar to "chance" events that require you to touch the girl in a specific manner, or even use the PS Vita's microphone to communicate with the girls.

The following girls are confirmed to be main heroines in the game.

The following girls are confirmed to appear in the game, but their role is unknown.

The first edition of the game will include two cards with a serial code for a yukata for the characters Kokomi Shina and Fumio Murakami in the original smartphone game. The game will cost 6,640 yen (approximately US$56). 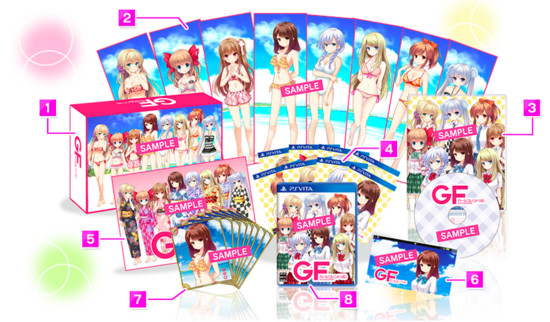 The limited edition set for the game. Looks really enticing, doesn't it?

Check out the official PV for the game here!

The PV shows briefly displays all the main heroines that you'll meet in game, along with the rest of the cast (supporting crew). You'll get to see the "Live 2D Technology" that they use, as well as 360 degree audio. The game showcases various gameplay aspects, including the "chance time" and microphone-enabled portions of the game. The PV also shows more information on what you'll get if you order the Limited Edition Bundle for the game. It's a pretty good way to see if the game is up your alley!

But if you're a true Girlfriend Kari fan, you wouldn't hesitate at all, right?